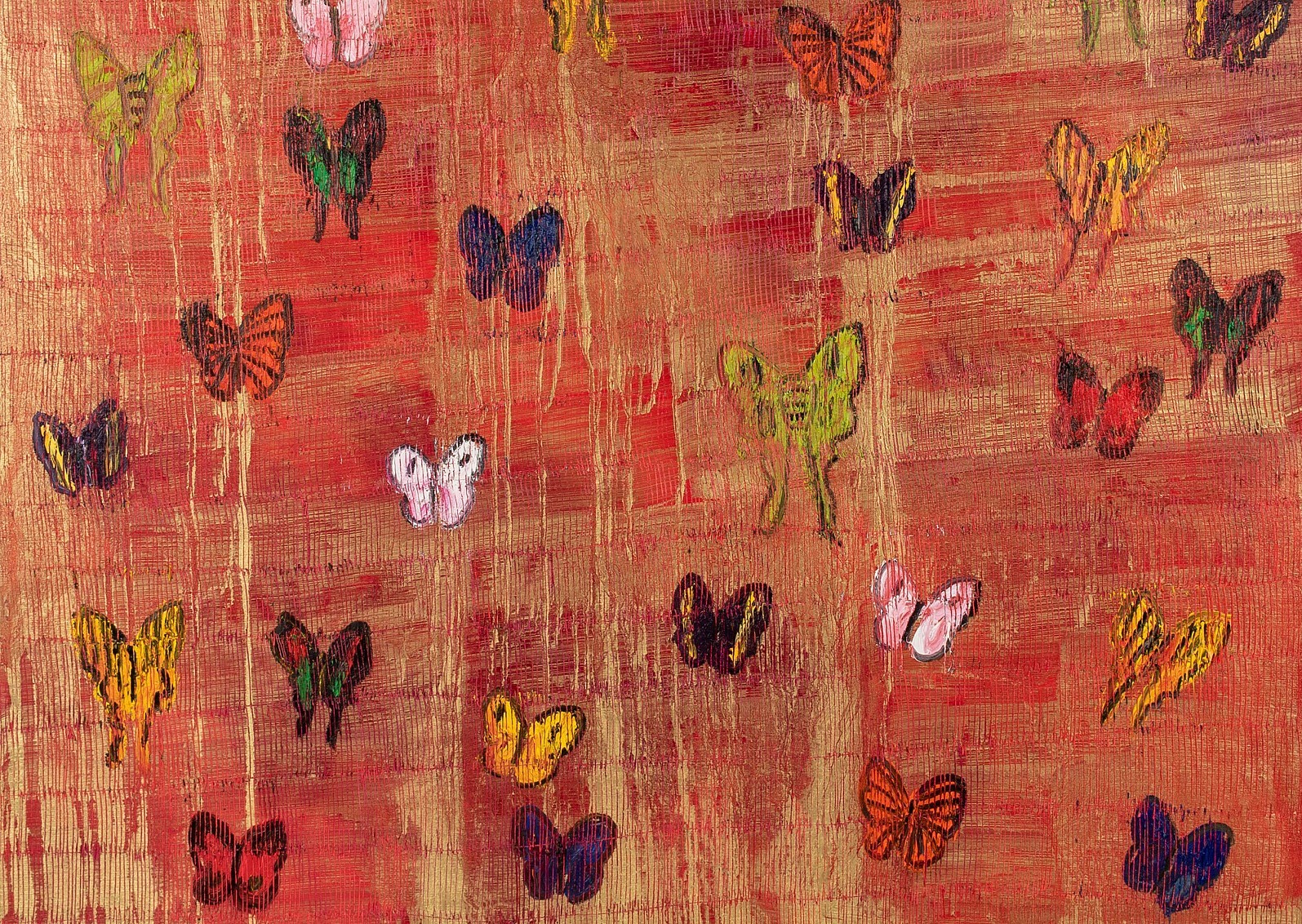 TEW Galleries is pleased to announce our 4th solo exhibition of whimsical and awe inspiring paintings by New York based artist and lifestyle trendsetter Hunt Slonem.  Slonem is considered one of the great colorists of his time, color that he carries into his vibrant dress and the decoration of his historic homes.

Slonem first came to the New York art world’s notice in the mid-1970s and had his first solo exhibition at New York’s Harold Reed Gallery in 1977 and has subsequently had over 350 one-man shows in galleries and museums internationally. He has work in the permanent collections of over 100 museums globally including the Solomon R. Guggenheim, the Metropolitan Museum of Art, and the Whitney Museum of American Art in New York City.  In 2015 the Moscow Museum of Modern Art, in conjunction with the Russian Academy of Arts and the Serge Sorokko Gallery held a one person Hunt Slonem exhibition featuring 34 important recent paintings.

Since 2014 Slonem has participated in over 36 exhibitions throughout the U.S. and Europe. He is well known for his neo-expressionist works of butterflies, rabbits and tropical birds, the latter often inspired by the exotic feathered friends he houses in an aviary in his New York studio. His love for animals has led to signature motifs like his bunny paintings, which are typically exhibited in Victorian-era portrait frames picked up from his travels across the country.

“Unlike a lot of contemporary art which is political or shocking or jarring, mine is non-judgmental, like an eternal witness that watches without judging. I’m also exhilarated by nature, including birds, plants and butterfly forms that most people don’t even know exist. I collected all of those things when I was an exchange student in Nicaragua, and caught my first morpho butterfly, which is an exquisite iridescent blue when I was 16. I think my art comes from being born somehow conscious of other realms, which is what the divine is all about. I grew orchids as a child, and have long recognized that orchids and birds come from those places as a gift to humanity.”

Slonem recently launched a textiles collection in partnership with Groundworks for Lee Jofa. He has had several coffee table books about his work and/or renovated historic properties published.  These include; When Art Meets Design, published by Assouline, with 280 illustrations of his art and offering a dynamic view into his three fantastically decorated and meticulously restored homes. Hunt Slonem’s 2014 book titled Bunnies, is a luxurious, finely designed and printed collection of “bunny art” – an exciting, unexpected, impressionistic mega collection for adults and children alike and, very recently, a 100 copy limited edition Collector’s volume that comes with a signed Bunny print. In 2017 his coffee table book simply titled “Birds” was published.

While the idea of painting bunnies might initially seem trite, these marvelously quick and spirited works are not so much illustration as the capturing of nature and gesture with a delightful sense of pop-whimsy. The quickly sketched-from-life creatures’ peer from behind antique frames or frolic over fields of minimalist, thickly applied color. The effect is like a shot of some joyous potion.

Slonem has consistently revisited the same subject matter and has spent years perfecting and refining his techniques including the highly textural appeal of the incised or “combed” works that by altering the surface, seem to weave an other-worldly net, or curtain, between the subject and the viewer by simultaneously revealing and hiding aspects of the paintings. The acclaimed Metropolitan Museum of Art curator Henry Geldzahler said of Slonem that his obsessive and repetitive rendering of his subjects is reflective of his desire to explore issues of spatial complexity, compression and density and amounts to “a consistent investigation of post-cubist abstraction.” Geldzahler also observed, in 1993, that “Slonem is a painter, a painter’s painter with an enormous bag of technical tricks which become more apparent to the viewer the longer he stands before the work.”