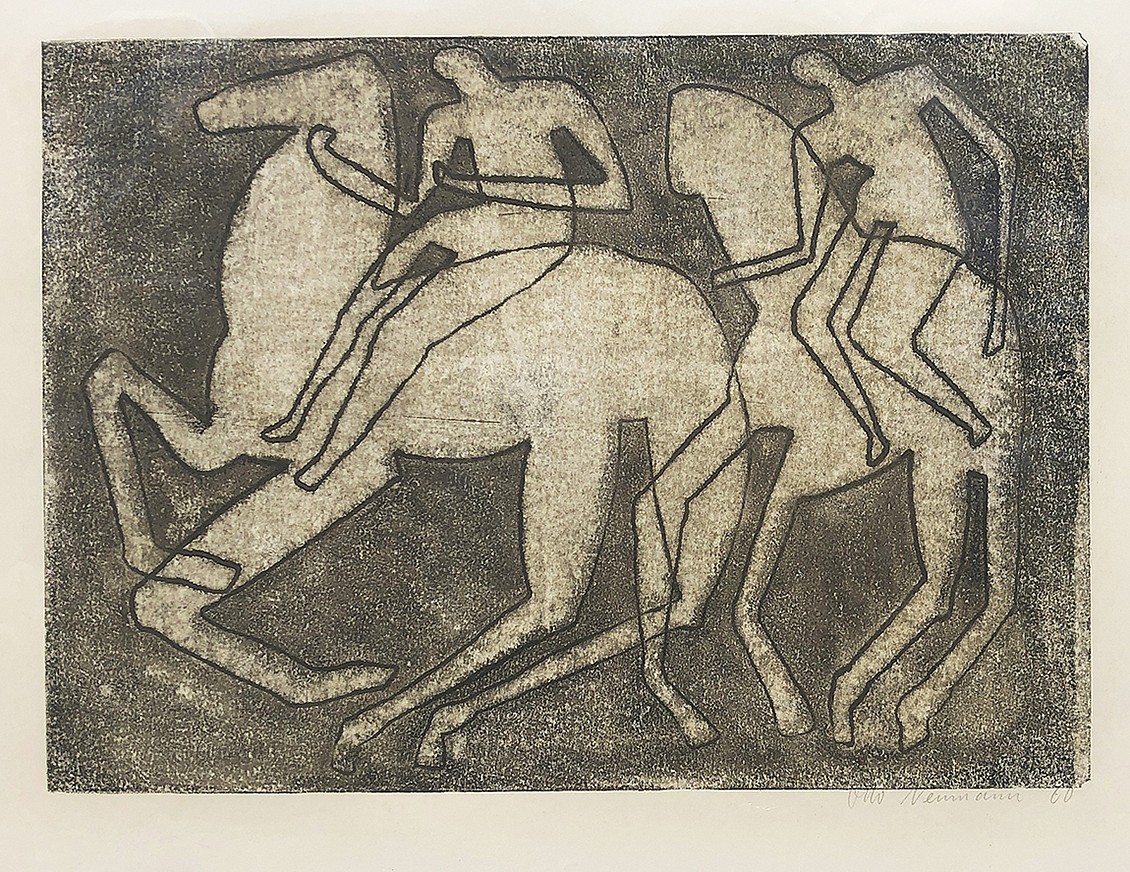 TEW Galleries is pleased to announce an exhibition of abstract mixed media paintings and drawings by artist and film production designer, Martin Whist. Also on exhibition are fine monotype prints from the 1950s and 60s Otto Neumann, courtesy of the Estate of Otto Neumann.

In September 2021, TEW Galleries will be exhibiting figurative and abstract monotypes from the archive of the artist Otto Neumann (1895 – 1975). Born in Heidelberg, Germany, Neumann was the son of Fritz Neumann, a professor of Romance Languages at the renowned University of Heidelberg, an institution applauded for its progressive values and intellectually demanding study programmes. Growing up, Neumann benefitted from intellectual access to a wide range of academic influences. Two world wars however were also to play a pivotal role in his personal and artistic experiences.

The Otto Neumann Collection is curated by David Sokol, Professor Emeritus and Director of Museum Studies at the University of Illinois, Chicago.

This body of work on exhibition illustrates Neumann’s almost total preoccupation with the human figure as well as figurative interpretations of humans on horses from the 1950’s onward. Significant of this period is his adaptation of the glass plate monotype as the major vehicle for his artistic expression. Between 1950 and 1972 (Neumann due to ill health was no longer able to work beyond this date) he produced hundreds of monotype prints revisiting a subject or concept with constant refinement and adjustment. The abstracted figures have a sense of massive proportion counterpoised by the flowing and lyrical quality of the continuous line technique he employed in works that date from the 1950s and early 1960s. In these pieces Neumann relinquished interest in detail and character, instead allowing the shape, tone, and line to attain full importance.

During the mid-1960s Neumann made a dramatic shift from the recognizable into abstraction.  The restrained and elegant monotypes from this period focused on a mix of angular and ovoid shapes. They are, in addition, strong and extroverted, building on the more exuberant and highly abstracted forms of equestrian-figurative works, which also formed a dynamic part of his body of prints. The abstracts embraced a formal play of geometry and organic forms, shifting away from the quieter, more classical approach of the previous period.  In all of Neumann’s art, color is primarily earthy or strictly monochromatic with subtle tonal shifts afforded by his technique. Occasionally, he would layer different color ink to create duotone prints and also occasionally, monochrome prints using a strong red or more rarely, green or blue inks layered upon themselves so that the shifting densities provide a nuanced range within the narrow basis of the ink employed. The works are, even today, extraordinarily contemporary and monotypes by Otto Neumann are included in some notable museum collections.  His full history can be read in the monograph “Otto Neumann: His Life and His Work” by David Sokol, PhD.

Otto Neumann’s work, with its refined aesthetic, is increasingly attractive to museums and to date is held in the following collections:

Portland Museum of Art, Portland, OR

University of Illinois at Chicago