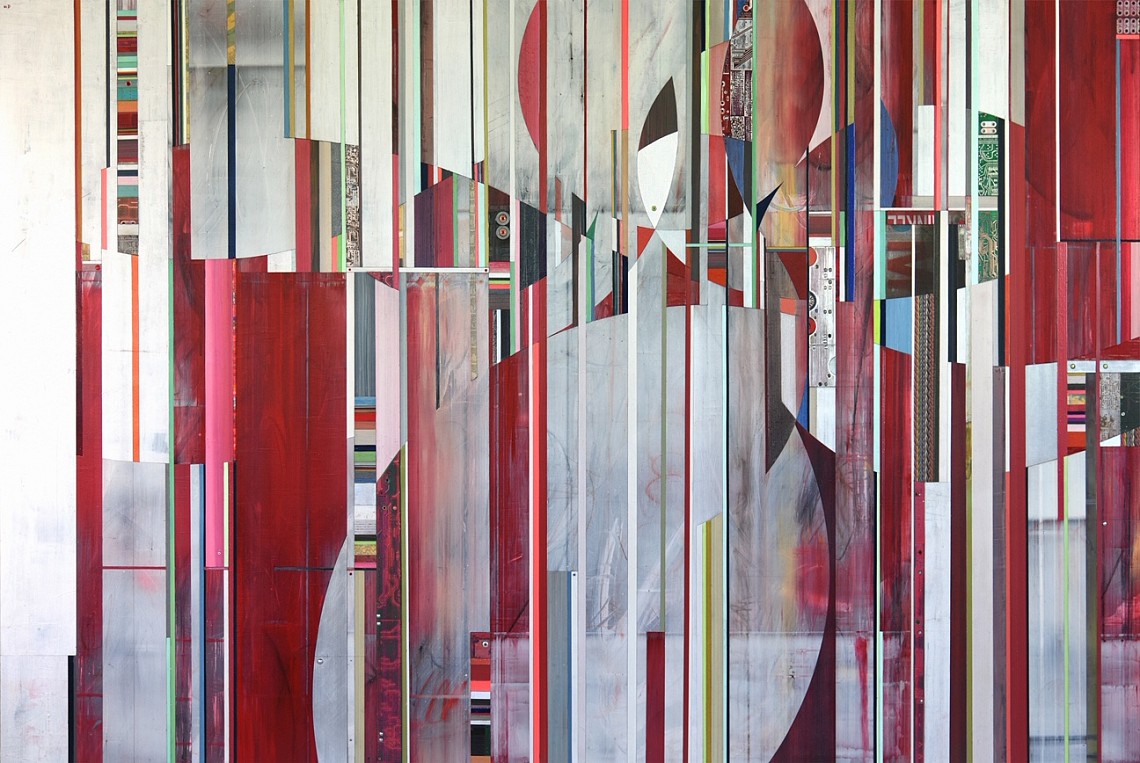 In our commitment to seek out exciting talent, yet undiscovered by the art gallery world; TEW Galleries is pleased to introduce Woody Patterson to our audience of collectors.  Patterson began studying art at a very early age and his interest resurfaced while attending Birmingham-Southern University.  After graduation he attended the Art Institute of Atlanta, leading to a career in graphic design and advertising in Atlanta which continued until 2012 when he decided to rediscover his potential as an artist.  Quite fortuitously he was asked to help a friend clean out a warehouse filled with circuit boards, electronic wire, radios, computers, and everything in between and he realized a new way forward.  Using these artifacts of modern life, he launched into wedding them into his art, creating innovative works that he feels are more relevant to contemporary times.

Patterson’s worked has developed along dual lines which through materials, joyous color, and a similar foundation, are tied together.  One body of work is comprised of narrow, vertical pieces painted with controlled horizontal stripes of different colors to which he attaches a separate three-dimensional column.  The other is rectangular and square, vertical and horizontal.  It is also striped with color, however, with the addition of meticulously veneered shapes, these works have a sense of circular movement and accompanying energy.  View the digital catalogue